The Tech Expo 2019 was an enormous event attended by eager business amateurs as well as modern-day business leaders who made a name for themselves through new technologies and innovative materials. The speakers shared their personal experiences and techniques on helping novice entrepreneurs solve different business challenges that they meet every day. Exhibitors from different states also graced the event with their latest tech inventions. Attendees got to learn what’s new, what was coming, and how they can apply what they have learned in real-life situations. Indeed, the business leaders were the inspiration to all those who were looking forward to finding ways to like them. So how to be like them?

Qualities Of A Successful Business Leader

Self-Awareness. One of the most vital qualities of an effective business leader, self-awareness is one’s capacity to understand and accept his strengths and weaknesses. He does not hide his weaknesses but rather addresses them so that he can find a sensible solution. If he does suppress his weakness, he becomes vulnerable eventually and his business suffers in the end.

Fairness. A successful business leader treats others fairly regardless of the situation. It is a must-have quality if you want to succeed and be effective. If you don’t handle your colleagues and employees equally, you are in for a disaster. Along with this, you must have principles and best practices in place that will enable you to attain your goals for your company as much as for yourself. 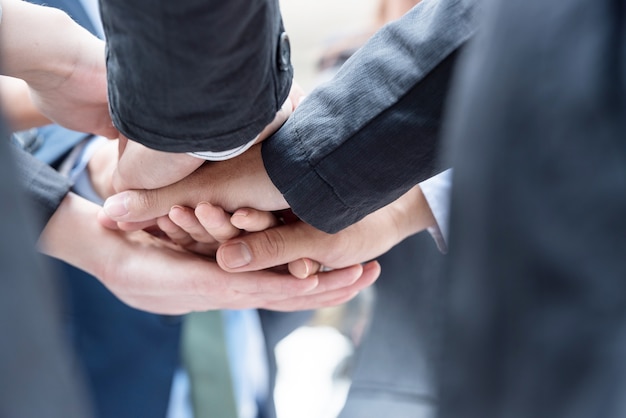 Willpower. An effective business leader has the willpower to make sound decisions in a timely manner, no matter how difficult. Often, a lot of leaders forget that a decision has to be made or it will paralyze his business and everything in it. They tend to delay their decision and this almost always causes a bigger problem. If you are a seasoned and successful leader, you have learned the hard way, and you know that you need to take action confidently and quickly.

Knowledge. Obviously, this is last but not least. A business leader without knowledge is literally worthless. He needs to be a good listener as much as an effective facilitator. He has to be knowledgeable to be respected by his employees who are looking to learn from him. A successful business leader is updated with the current trends, important facts, and best practices in business.

Technology has been a part of the norm for as long as I can remember. You are considered a cool kid in the 90s if you came to school with a phone. The gadgets back then were not as fancy as the smartphones that we have these days, but having one was uncommon at the time. And the more you change your device, the more people want to be friends around you.

Even I adopted such technological advancements over the years, though I was never a fan of any of them. I have a laptop, two iPhones, and an iPad because they are required in my fast-paced work environment. But if it were up to me, I would be going old school with a pen and paper.

I only saw the significance of using technology when the quarantine came because:

It Allowed Me To Stay In Touch With My Loved Ones

Despite not needing to go to work ever since my company followed the stay-at-home order, I could not go home to see my parents. They lived in Hawaii, you see, and no one was allowed to enter the island at the time. The other option was for Mom and Dad to fly to New York, but I could not bear to make them do that. Both of my parents were over the age of 60 and at high risk of contracting the coronavirus.

What kept all of us sane was the fact that we could Facetime every single day with each other. My parents would wake me up in the middle of the morning, and then we would talk chat making and eating breakfast. Sometimes, the call would last until mid-afternoon, just when Mom and Dad were about to take a nap.
My parents and I had not been this close before, but I am all for this change.

It Helped Me Get Groceries Without Leaving The Couch

When I heard about the quarantine, I initially worried about how I could get my groceries. I knew that supermarkets were open, but I was a little scared to go out. After some online research, though, I found out some of them were offering to deliver the customers’ groceries to their house. That’s what I had been doing in the last few weeks.

Without technology, I would have had to go out there and increase my chances of getting the coronavirus. Thankfully, I didn’t have to come out and greet the delivery people at the door because the groceries were already paid for when I checked them out online. I only needed to wait for 24 hours before picking up the grocery bags to ensure that no viruses were sticking to them.

I used to say that I could live alone on an island for a year with just a few books and nothing else to entertain me. However, after several weeks of being holed up in my apartment in the city, I felt bored. I tried to fool myself in the next days, but I ended up turning on my TV and watching some movies on Netflix.

Without technology, I might have chosen to break the quarantine rules to kill my boredom. Reading was not enough to make me happy; supplementing it with doing movie marathons did.

No one should ever be too proud to admit that technology is an essential part of our lives. Perhaps our ancestors have been able to live without it, but that’s because no one has invented it back in the day. However, we have grown up with technology, so we cannot shake it off our system anytime soon.

Whether we like it or not, technology can save us in more ways than one during the quarantine. 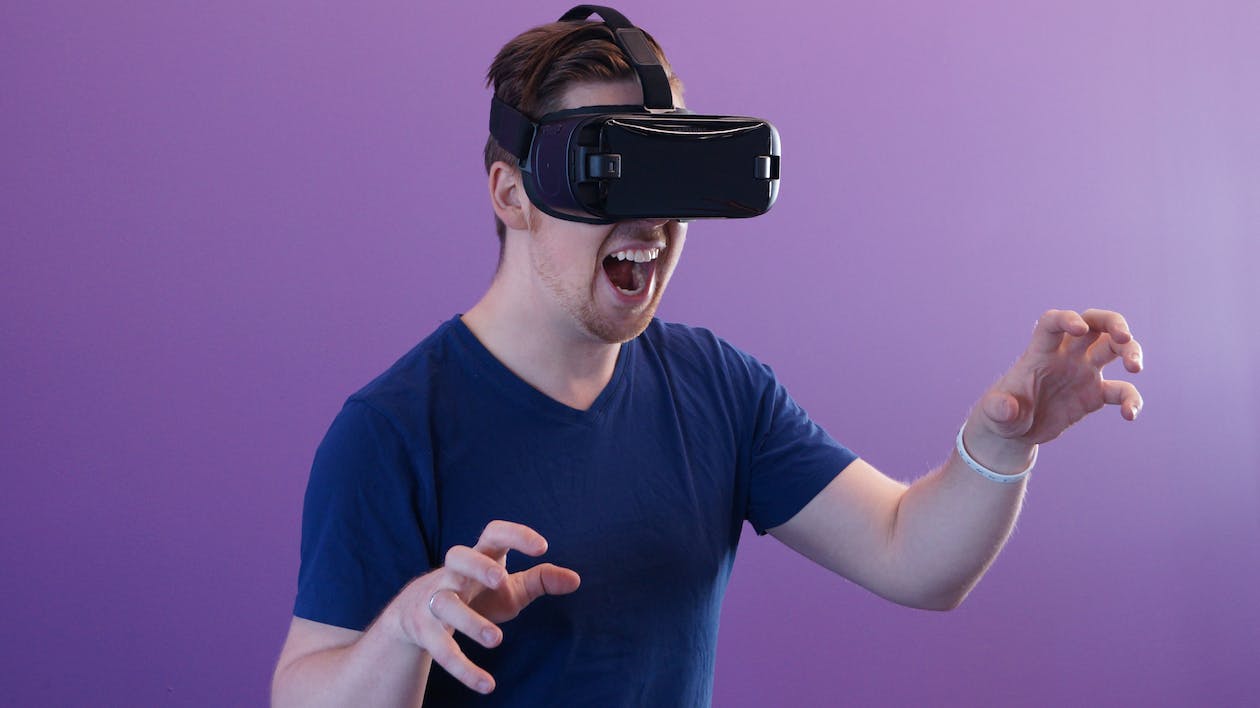 There was a lot of excitement at the 2017 Tech Expo as the attendees got the opportunity to see and try for themselves the newest technology products that were included in the vendor showcase. This yearly event has always been free to the public, which is why it is often jampacked with people even from other states. Technological products included LCD interactive displays and projectors, digital whole house sound systems, and a lot more. Students from different universities were encouraged to join the event.

Now, as we enter the second quarter of 2020, let us see what’s popular and what’s new in the digital technology world.

Mercedes-Benz Vision AVTR. The car company partnered with the Avatar team and the movie’s director James Cameron to come up with this fantastic gadget that shows how an automobile can be one with its environment without becoming an actual plant. It features autonomous driving without a steering wheel, the newest virtual technology system, and an unbelievable electric battery system. So how does this work? Check it out now!

KEEP Cannabis Storage. As social acceptance has become a good friend of cannabis nowadays, this unit is a discreet way of storing your stash in your own home conveniently. It has a clock and weather forecast display, but the top opens up to several small storage spaces for your cannabis products, plus a rolling tray. The highlight of the product is its locking system. It works through facial recognition – just like your cellphone! And if someone else tries to open it, you’ll get a notification. Awesome! 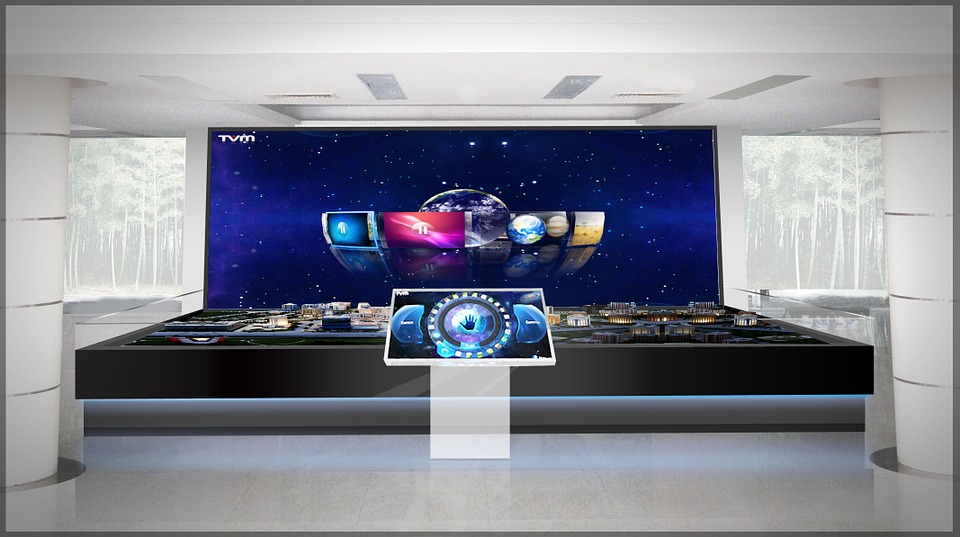 Samsung Sero. This TV features more than LED and 4K – it shifts from the horizontal to the vertical plane. Sero in Korean means ‘vertical.’ It’s currently available in Korea and will be seen globally this year. What’s the amazing feature? It flips!